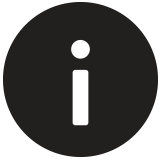 The current Campus Covid-19 precaution level is at Medium. Masks are required in classrooms and other instructional settings. Masks are optional in other indoor campus settings. Review additional protocols here.

Columbia College Chicago is an undergraduate and graduate institution whose principal commitment is to provide a comprehensive educational opportunity in the arts, communications, and public information within a context of enlightened liberal education.  Columbia’s intent is to educate students who will communicate creatively and shape the public’s perceptions of issues and events and who will author the culture of their times.  Columbia is an urban institution whose students reflect the economic, racial, cultural, and educational diversity of contemporary America.  Columbia conducts education in close relationship to a vital urban reality and serves an important civic purpose by active engagement in the life and culture of the city of Chicago.

Columbia College Chicago was founded in 1890 as the Columbia School of Oratory by Mary A. Blood and Ida Morey Riley, both graduates of the Monroe Conservatory of Oratory, (now Emerson College, in Boston, Massachusetts).

In 1904 the school changed its name to the Columbia College of Expression  and in 1927, the college became a sister institution with the Pestalozzi-Froebel Teachers College.

The school left its partnership with the Pestalozzi-Froebel Teachers College in 1944 with a revised name, Columbia College, and Norman Alexandroff  serving as its president.

In 1961, Mirron (Mike) Alexandroff, became president and created a liberal arts college with a progressive social agenda. For the next 30 years, he built Columbia into an urban institution that offered coursework taught by some of the most creative professionals in Chicago.

In 1992, Dr. John B. Duff was named president and during his tenure, the school changed its name to Columbia College Chicago, expanded its educational programs, and added to its physical campus in the South Loop.

In July 2013, Dr. Kwang-Wu Kim became Columbia College Chicago’s tenth president. He holds a doctor of musical arts degree and an artist diploma from the Peabody Institute of Johns Hopkins University. He is an outspoken advocate for the arts, a proponent of expanding the role of creative practice in society, and seeks to change the approach to how artists are educated.

Building on its heritage of creativity, innovation, and strength, Columbia College Chicago continues to challenge its students to realize their abilities according to the school's motto, "esse quam videri" – to be rather than to seem and encourages its students to author the culture of their times.

Columbia College complies with all local, state, and federal laws and regulations concerning civil rights. Admission and practices of the College are free of any discrimination based on age, race, color, creed, sex, religion, handicap, disability, sexual orientation, gender identity or expression, and national or ethnic origin.

The policies, programs, activities, course offerings, descriptions, faculty, and calendars listed in this catalog are subject to change, revision, modification, and/or deletion at any time without notice.